Forty plus years ago, when the services of Ability Consultants, Inc. began as Management Science Associates, it was not common currency to mention the notion of any individual spiritual presence or ability in connection with management, corporate affairs, or science. We in the western Judeo-Christian culture were spiritually illiterate.

By comparison, in 1965, in Bombay, India, I had occasion to ask a business associate where it might be a good place for me to lunch. He asked what kind of food I liked, to which I replied I was a vegetarian (at the time I was engaged in research on nutritional aspects of athletic performance). “Ah,” he replied, “An Englishman (white Australians look like Englishmen, I suppose) who is a vegetarian! What is your religion?” I informed him that I am Christian. “Ah,” he said, “That quaint religion that does not believe in reincarnation!”

Today, the notion that the actual, true you is really spiritual in nature, and that we have faculties and enormous capacity that can be developed to recover our full, real operating potential and ability levels is common currency. Past lives, spiritual existence outside of the body, and supra-human abilities are the stuff of Primetime TV documentaries and real-life experience books.

At Ability Consultants, Inc., we have taken these truths a step further. With scientific precision and rigor, the precise faculties and abilities that are natively yours have been delineated. In addition we have the processes, techniques, and procedures to address and expand these abilities.  To release and “turn on” your true power.

The work began in the late nineteen-fifties. Alan C. Walter, and I were champion athletes in Australia (he a professional football player, and I a swimmer). We were independently in search of ways to enhance athletic, and then subsequently human, performance. Our focus was on ability, and the capacity to perform.

We first met in 1962, formed a high regard for each others’ achievements, but continued our individual paths while staying in touch over the years. In continuing our separate research, it turned out, we each had a slightly different emphasis. While I studied ability; its nature, its impairment, ways to restore and enhance it; Alan was studying an additional factor — success. Alan did a study of successful people versus unsuccessful people, and a comparison between what each did and how they did it — I missed that.

Alan C. Walter’s work led to the development of Knowledgism™; while mine led to the techniques employed by Management Science Associates when it was founded by me in London, England, in 1968.

In 1994, I saw that Alan had made some definitive breakthroughs on the subjects of human ability, human activity and performance, and their enhancement; and I embraced these as part of the core discipline of Ability Consultants, Inc.

There is demonstrably nothing in any of the sciences, religions, or “new age” endeavors that compares to what has been discovered and is contained here. And I say this after having studied, in-depth, these alternatives; and observing what they produce as outcomes.

Both Alan and I traveled the world and studied the wisdoms of many cultures. I have studied the teachings of the Shamans of India and America, the Balirahns of Asia, the Kahunas of Polynesia, the Ifa Priests and Priestesses of Africa, and both Hinduism and Buddhism; and while each contained some great insights and truths compared to western beliefs; and their adepts appeared to attain serenity or great powers in western eyes; these belief systems and practices proved to be quite limited and even to contain some booby-traps. None contain a codified, easily learn-able set of processes that can routinely be used by anyone to increase his or her power and ability to perform as they wish or to confront and deal with the travails of life so he or she is no longer effect of unwanted situations. The conditions of their societies attest to that; as does the fact that attainment of their envisioned ideal requires a retreat from life, not a dealing with and a raising of one’s power to be at cause over life.

In the West I studied various “new age” endeavors, the spiritual science of Anthroposophy developed by the great Rudolf Steiner at the beginning of the 20th century, and the new mid-century practices of Scientology. All contain some insights and useable techniques, and in the case of Rudolf Steiner’s Biodynamic agricultural and farming techniques it must be said they are superior to anything else; but in the context of the capacity to restore or enhance ability, these endeavors also proved to be somewhat superficial, to have limited workability, and to contain some spiritual booby-traps. Both the limited acceptance of these endeavors; and in the case of Scientology, its contentiousness, proven belligerency toward those who disagree with it, its vast loss of adherents in the last several decades, and repeated law suits from former members, attest to this.

None are as exact, as complete, or as routinely and totally workable as is ASCENSIONISM which, fortunately, was able to benefit from the progress and errors made before it.

In the realm of science, the “hot new endeavor” begun during 1997-98 in university research departments was that of the search for and analysis of “consciousness” — yet this has been very known territory in ASCENSIONISM for more than a decade before that, as has been very exact and workable processes for its enhancement.

An even more striking example of the workability of the approach by ASCENSIONISM and Ability Consultants, Inc., as compared to the conventional scientific community, was revealed in the April 28, 1998 edition of The New York Times, Science News Section. The article begins:

“It was not always like that. When psychology began developing as a profession, it had three goals: to identify genius, to heal the sick and to help people live better, happier lives. Over the last half century, however, it has focused almost entirely on pathology, taking the science of medicine, itself structured around disease, as its model.  . . .

“That is an imbalance, says Martin E.P. Seligman, the new president of the American Psychological Association, and one that he is determined to change. Dr. Seligman, a professor at the University of Pennsylvania . . . has a strategy for reforming a profession he thinks has gone awry.  . . .

“Psychology, he said, has been negative ‘essentially for 100 years.’ Theories have generally focused on damage, as have techniques for intervention. ‘Social science has believed negative things were authentic and strengths were coping mechanisms,’ he said.  . . .

“But what he sees in his (own) children are ‘pure, unadulterated strengths’ that are not compensations for trauma, but intrinsic. ‘I find myself beginning to believe psychology needs to ask, What are the virtues? We need to delineate them, assess them, ask causal questions. What are the interactions? How does it grow? Let’s talk of growth and questions of strength.  . . .

“Rather than spending $10 million on, say, phobias and fears, he says, study courage.”

We practitioners of ASCENSIONISM couldn’t agree more. We welcome Dr. Seligman to the world of looking at what is actually there to be seen and appreciated, rather than the pursuit of the arbitrary opinions and pet theories that psychology has indulged to date. (For a fuller appreciation of this, I recommend the above news article as being most instructive.)

ASCENSIONISM, as it happens, always has been ahead of this new thinking within psychology — and we have taken it several steps further. ASCENSIONISM did not stop at “studying” the arbitrarily designated “obvious” (but actually superficial) items of the human condition (genius, love, work, play, virtues, interactions, and courage) cited in the above news item — we sought to find not only what the basic abilities of humankind were that we wished to enhance and strengthen, but what was the source of those abilities; what was the font of the volition and power at the source of human endeavor.

What we found, and are able to demonstrate to any honest, unprejudiced individual, is more in common with the wisdoms and knowledge of the ancients and of our “native” cultures than the opinions and theories of prevailing “materialistic” science. We found that the source in which resides all of the faculties that are expressed as human ability and activity is a spiritual essence, the real, individual you.

It is the spiritual you that is endowed with the volition you exercise, and which directs and implements the abilities you have. And further, we delineated the basic faculties and natural abilities you employ in human activity — capacities such as: the ability to maintain a dynamic presence, the ability to direct one’s awareness, the ability to perceive, to evaluate and compare, choose and want, to intend, envision, project such visions (communication), plan, to act and implement such plans; to create and predict futures, and many more.

Knowing these elemental truths, ASCENSIONISM developed the processes and procedures that are able to address and expand the essential abilities any client wants to perform better with, whether the client is an individual, a business enterprise, a corporate function, or an elite athlete or champion team.

And this has two important applications: one for the individual, and the other for the corporate endeavor, the business enterprise, or any other group dynamic that needs proper organization, structure and function. For the basic abilities you have as a spiritual Being, and their relationship to abundance and survival, are the same as apply in attaining any successful outcome in human affairs: that of a powerful dynamic presence, proper perception, proper evaluation, proper intending, proper envisioning, proper planning, proper action and implementation of the plan, and proper appreciation of results. And it is this set of acts and abilities that is the imperative sequence one must accomplish if one is to properly attain one’s wanted outcomes, and upon which all endeavor, whether personal or corporate, should be organized — for to not do so is to have difficulty and be ever wondering why.

And we found another important truth; that with abilities restored and enhanced a Being can rise above being affected by, and effect of, the chaos, the stress, the emotional impacts and turmoil, the uncertainties, and the failures of everyday life that afflict many. One can rise above unwanted conditions, personally as an individual, or in terms of one’s corporate endeavors or as a business enterprise.

The knowledge you need for making your better future is available now, if you reach for it; for making your future the way you want it to be is one of the abilities ASCENSIONISM found we really have.

It is not karma, fate, or the will of something outside of you that determines your future; but you, by the exercise of your volition.

The future is yours now if you know this, and, if you are powerful enough with your abilities to implement it. 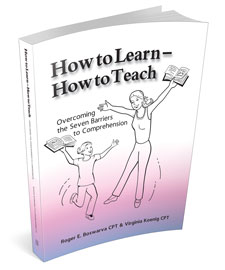